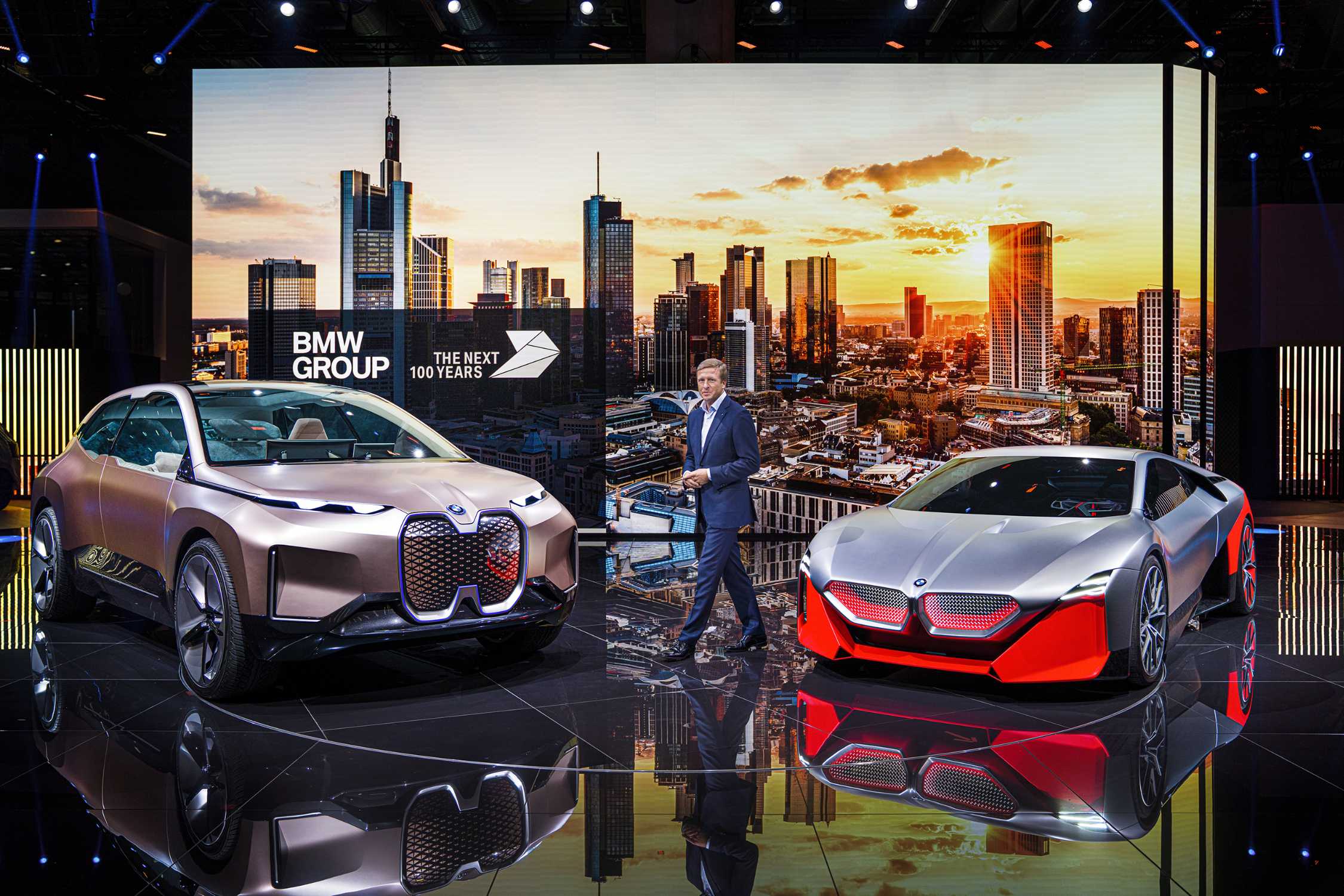 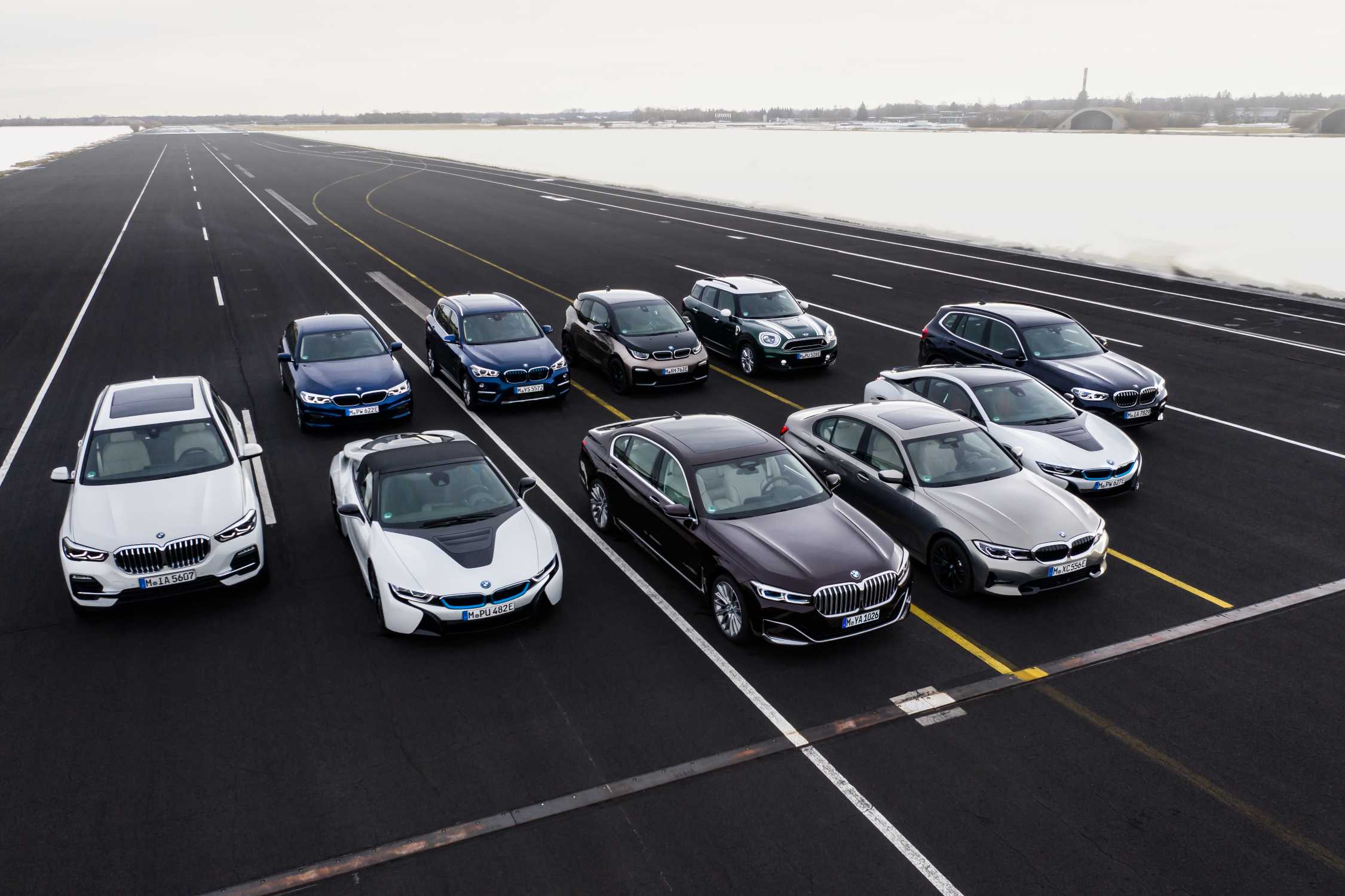 Frankfurt . Tuesday, 10. September 2019. Here you can see the transmission of the BMW Group Press Conference at the IAA 2019.

BMW at the IAA.

The BMW stand at the IAA Cars 2019 international motor show in Frankfurt am Main revolves around the theme of the future of driving pleasure.

MINI at the IAA.

The BMW stand at the IAA Cars 2019 international motor show in Frankfurt am Main revolves around the theme of the future of driving pleasure. Alongside the latest new additions from a broad range of segments that the premium carmaker will be bringing out as it presses ahead with its ongoing product offensive, BMW is also exhibiting fascinating vehicle studies and trailblazing technologies that are set to have a major impact on individual mobility in tomorrow’s world. The new products on show at the IAA Cars 2019 reflect both the tremendous variety in the company’s model portfolio and its capacity for innovation in the future-focused fields of action identified as part of the NUMBER ONE > NEXT strategy and known by the acronym D+ACES (Design, Automated driving, Connectivity, Electrification and Services).

The upshot of the largest model offensive in corporate history was that the BMW Group sold more vehicles worldwide between January and June 2019 than ever before in the first six months of a financial year. The BMW Group continues to be the world’s most successful supplier of premium cars and is able to offer customers in more than 160 countries just the right selection of models while catering to all sorts of different legal conditions, technical requirements and individual preferences. Besides a flexible marketing strategy and a diverse product portfolio, this also calls for a broad range of drive technologies comprising highly efficient petrol and diesel engines, all-electric powertrains and plug-in hybrid systems. The BMW Group has gained a clear advantage over its rivals by using flexible vehicle architectures that will allow any particular model to be quickly produced with different drive technologies as demand dictates. This high degree of customer-centric flexibility is illustrated to impressive effect by the globally successful BMW X3 Sports Activity Vehicle, which will be available with a choice of conventional engines, a plug-in hybrid system or all-electric drive from next year. The BMW Group’s outstanding expertise when it comes to integrating highly complex yet beautifully harmonious complete systems underlines what a strong position the company is in as it competes with established suppliers and newcomers in the automotive sector.

Following an early product offensive that has resulted in a wider choice of models than any of its rivals can offer, the BMW Group has also emerged as a leading force in the manufacture of vehicles with electrified drive systems. The company is ranked as the market leader in Germany for new car registrations of electrified cars with all-electric or plug-in hybrid drive systems and the most successful established premium brand at both a European and global level. (Source: IHSMarkit Report 8/2019)


The introduction of the very latest battery cell technology in the plug-in hybrid versions of the BMW 2 Series, BMW 3 Series, BMW 5 Series, BMW 7 Series, BMW X5 and MINI Countryman as well as the BMW i cars further increases the electric range and brings new comfort functions when charging. Electric driving this way becomes an alternative for more and wider customer segments. By increasing the proportion of electric driving and employing digital services such as the BMW eDrive Zones function for automatically detecting green zones, the new plug-in hybrid models that can also be seen at the 2019 Frankfurt show will be able to make a major contribution to cutting CO2emissions in urban areas.

The BMW Group will be bringing out yet more models with electrified drive systems as soon as 2020, including the plug-in hybrid variants of the BMW X3, BMW X1 and BMW 3 Series Touring and the all-electric MINI Cooper SE, which is also receiving its show premiere in Frankfurt. This will once again involve harnessing the expertise in the field of electrified drive systems that has been amassed during development of the BMW i models for transferring technology to the BMW and MINI brands. By 2023, the total number of models with an electrified powertrain offered by the BMW Group’s brands is set to increase to 25.

Driving pleasure in unprecedented variety: the premieres at the IAA Cars 2019. 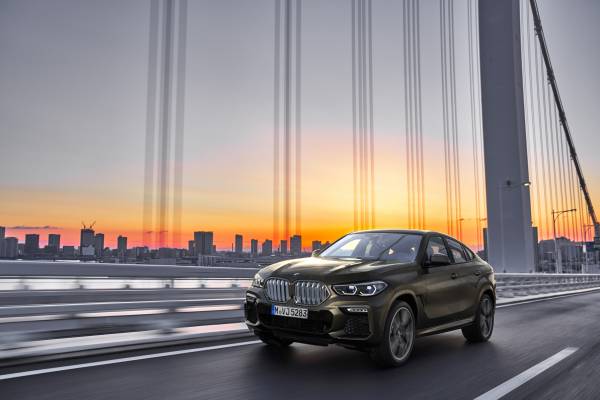 The universally popular family of BMW X models is receiving further reinforcement in the form of the latest Sports Activity Coupe: the new BMW X6 is making its global debut at the IAA Cars 2019, marking the arrival of the third generation of the BMW model that first spawned this breed of vehicle. Anyone visiting Hall 11 at the main entrance to the Frankfurt trade fair arena on 12 – 22 September 2019 will also be able to experience how BMW’s characteristic brand of driving pleasure is set to evolve both now and in future with a wide array of vehicle concepts hailing from all manner of different segments. The third generation of the compact BMW 1 Series is celebrating its show premiere, as are the BMW 8 Series Gran Coupe four-door luxury sports car, the immensely sporty and versatile new BMW 3 Series Touring and the new edition of the BMW X1. The new BMW X5 Protection VR6 Security Vehicle that is making its maiden appearance in Frankfurt combines the ability to power ahead over any terrain with high levels of personal protection.

The presentation of the BMW Vision M NEXT, meanwhile, provides a foretaste of the future of motoring at its sportiest extreme. This progressive plug-in hybrid sports car serves up a captivating blend of emotion-stirring design and pioneering drive technology.

In addition to the premiere of the new MINI Cooper SE, the British carmaker is also celebrating its 60th anniversary at the IAA Cars 2019 show, with production since 1959 having reached the 10 million mark. With this in mind, Frankfurt will also host the special anniversary model from MINI Plant Oxford – a MINI 3‑door Hatch of the 60 Years Edition, whose exclusive design and equipment features bring the original’s distinctive sense of style to the premium compact segment. Visitors to Hall 11 (near the main entrance to the Frankfurt trade fair arena) on 12 – 22 September 2019 will also be able to admire the brand’s current model line-up and an array of new additions to its accessory and lifestyle product ranges. 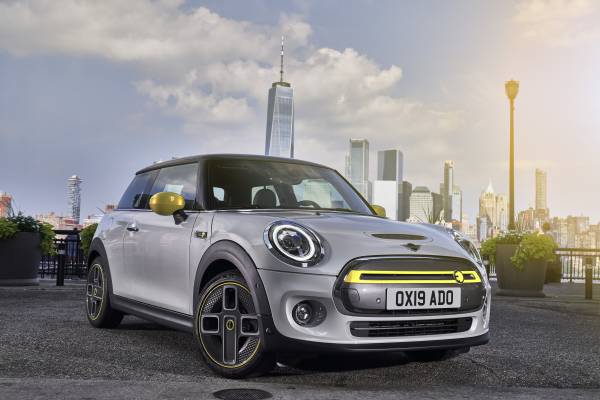 The new MINI Cooper SE is the first premium compact car with a purely electric drive system, delivering a sustainable urban driving experience that also fires the emotions. It is based on the conventionally powered MINI 3-door Hatch, whose striking design has been enriched with some model-specific accents. The 135 kW/184 hp electric motor driving the front wheels in typical MINI fashion endows the car with impressive acceleration. The motor’s instant response to the slightest nudge of the throttle adds a new dimension to the brand’s fabled go-kart feeling. The new MINI Cooper SE races from 0 to 60 km/h (37 mph) in just 3.9 seconds and takes a mere 7.3 seconds for the sprint to 100 km/h (62 mph) from rest.

The energy required to propel the car with such vivacity is sourced from a latest-generation lithium-ion battery enabling a range of 235 to 270 kilometres (146 – 168 miles). Bespoke suspension tuning and an extremely low centre of gravity (resulting from the high-voltage battery’s positioning in the vehicle floor) imbue the new MINI Cooper SE with remarkable handling agility and cornering dynamics. The battery’s location has the additional benefit of ensuring exactly the same amount of space is available for occupants and luggage as in a MINI 3-door Hatch with a combustion engine.

The brand’s first ever all-electric model will be built in the UK at MINI Plant Oxford, with production due to start in November 2019. Its drive technology has been engineered at the BMW Group’s centres of excellence for electric mobility in Dingolfing and Landshut. Standard equipment for the new MINI Cooper SE includes LED headlights, a digital instrument cluster, an electric parking brake, two-zone automatic air conditioning, a heating system with heat pump technology, auxiliary heating and stationary air conditioning functions, plus Connected Navigation. The new model will also be offered with numerous driver assistance systems and four equipment packages at launch, allowing it to be tailored precisely to individual requirements. 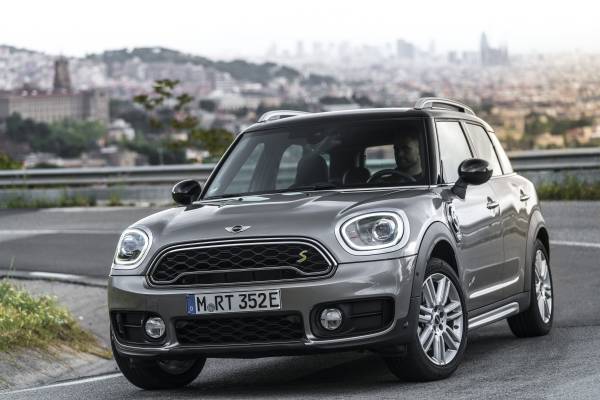 The MINI Cooper S E Countryman ALL4 has adopted a pioneering role within the British premium brand’s current product range by providing a first taste of motoring with zero local emissions, MINI style. Now, this already successful premium compact plug-in hybrid is set to become more appealing still – courtesy of the BMW Group’s latest battery cell technology, which brings about a substantial increase in both efficiency and electric range. The battery’s dimensions are unchanged, yet the latest-generation high-voltage battery fitted in the new MINI Cooper S E Countryman ALL4 has increased gross energy capacity from 7.7 to 10.0 kWh, thereby extending the all-rounder’s electric range by some 30 per cent to a maximum 55 – 57 kilometres (34 – 35 miles). Positioned under the rear seat unit to save space, the lithium-ion battery can be fully recharged in about five hours from a standard domestic socket or in around 3h 15 min when plugged into a wallbox.

Thanks to its substantial electric range and low CO2emissions, the new MINI Cooper S E Countryman ALL4 meets the criteria (depending on the equipment fitted) for reduced company car tax in Germany, as stipulated by the country’s electric mobility legislation. This means only half of the gross list price is taken as a basis in determining the benefit of kind for private use.