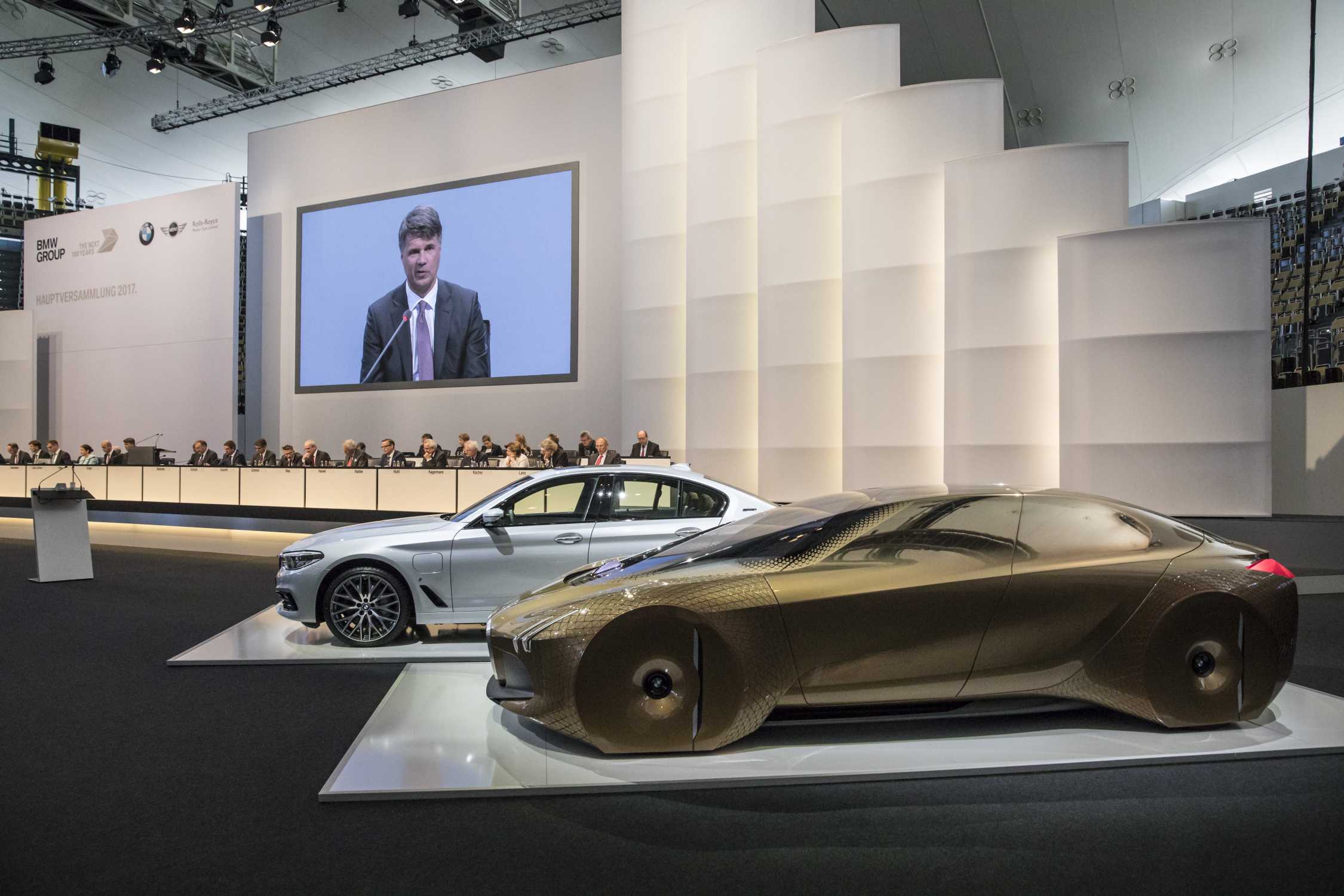 Munich. Thursday, 11. May 2017. Here you can see the transmission of the Annual General Meeting of the BMW AG.

Statement Harald Krüger, Chairman of the Board of Management of BMW AG, 97th Annual General Meeting of BMW AG at Olympiahalle in Munich on 11th May 2017.
read more

First teaser of the forthcoming BMW 8 Series Coupe at the Concorso d’Eleganza Villa d’Este on 26 May 2017.
Munich. At today’s Annual General Meeting, Chairman of the Board of Management of BMW AG Harald Krüger announced the arrival of a new concept car. The BMW Group will present a design study at this year’s Concorso d’Eleganza Villa d’Este on 26 May 2017 which provides an exclusive look ahead to the BMW 8 Series Coupe slated for 2018. read more

BMW i enjoys ever increasing success and market share.
The BMW i3 wins World Urban Car Award 2017. World leader in alternative drive systems in the premium segment. Munich / New York. The BMW i3 continues to build on its successful start to life in both the global new vehicle registration rankings and various major competitions. Most recently, the all-electric BMW i3 (94 Ah) was crowned the winner of the World Urban Car Award 2017 presented at the New York International Auto Show.  read more

Ad hoc: Profit before tax and revenues of BMW Group above market expectations in first quarter of 2017.
In the first quarter of the financial year 2017, the BMW Group achieved a profit before tax of € 3,005 million (2016 Q1: € 2,368 million / +26.9%). This result exceeds current market expectations and was driven in particular by positive valuation effects. read more