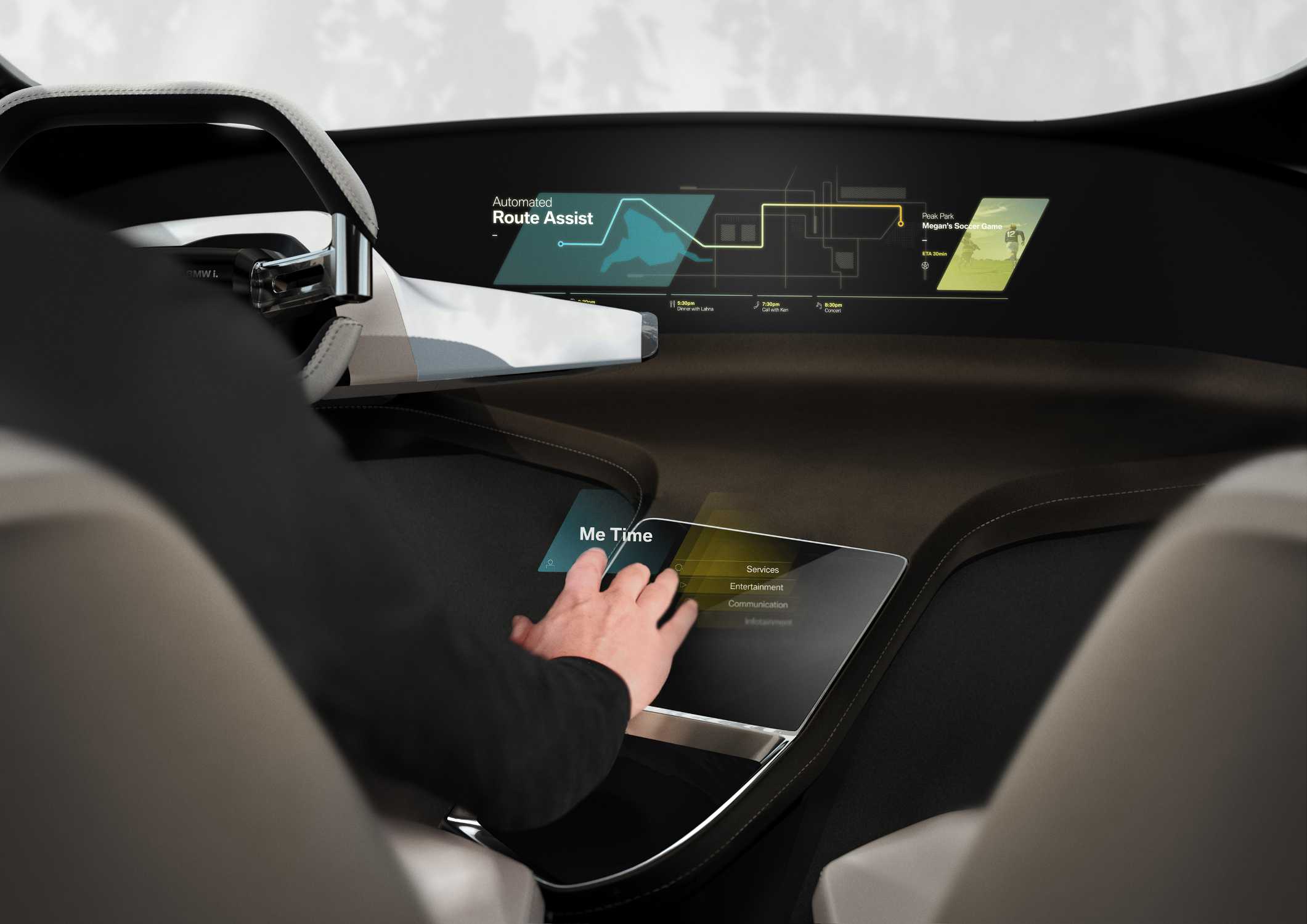 Las Vegas. Wednesday, 04. January 2017.  Here you can see the webcast of the BMW Group Press Conference.

The BMW Group will provide another glimpse into the interior of the future at the Consumer Electronics Show (CES) 2017 in Las Vegas with a selection of trailblazing concepts and revolutionary technology. The BMW HoloActive Touch system, for example, will be making its debut at the show. This innovative interface between the driver and vehicle acts like a virtual touchscreen; its free-floating display is operated using finger gestures and confirms the commands with what the driver perceives as tactile feedback. BMW HoloActive Touch is part of the BMW i Inside Future study, which gives visitors to the CES, taking place on 5 – 8 January 2017, an impression of the mobility experience set to be offered by seamlessly connected and autonomously-driving cars in the future.

BMW HoloActive Touch brings together the advantages of the BMW Head-Up Display, BMW gesture control and direct touchscreen operation, and adds extra features to create a unique form of user interface. For the first time, the functions can be controlled without any physical contact with materials, but the technology still enables the visible and tangible driver-vehicle interaction familiar from conventional touchscreens. BMW HoloActive Touch also allows the user to access the wide variety of services provided by BMW Connected. The seamless integration of the personal digital mobility companion is highlighted even more vividly by the extremely intuitive interaction.

BMW has developed a track record for presenting pioneering advances in the field of display and operating concepts at previous editions of the CES. The BMW gesture control technology unveiled at the show in 2015 is now available in both the new BMW 7 Series and new BMW 5 Series models. And the AirTouch system showcased at CES 2016 took things a step further; here, the user employs simple gestures made with an open hand to activate control pads on a large panoramic display in the dashboard without having to touch the control interface.

BMW HoloActive Touch takes operating these functions and interacting with the vehicle to another level. Similarly to the Head-Up Display, the image of a full-colour display is generated by clever use of reflections – but now in free-floating form within the interior rather than through projection onto the windscreen. It displays flexibly configurable control pads and is visible to the driver next to the steering wheel at the height of the centre console. A camera detects the driver’s hand movements within this ergonomically user-friendly area, and registers the position of their fingertips, in particular. As soon as a fingertip makes contact with one of these virtual control surfaces, a pulse is emitted and the relevant function is activated.